“Jimmy Conway rides into town, he’ll be bringing hell with him.”

I watched the 2010 Australian film, Red Hill because:

a) I’m an Aussie film fan

b) It’s a crime film 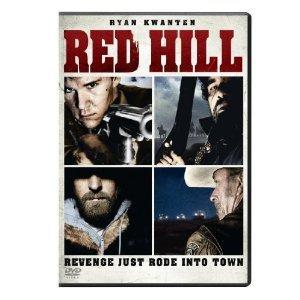 While Red Hill is a combination of two of my film interests (Aussie & crime), it’s also a brilliantly conducted homage to the Western revenge film. Conjure up an image of a hideously scarred Clint Eastwood as the silent cowboy who rides into town seeking revenge, and you’ll have the basic idea.

The film begins with an immediate sense of unease. We see a beautiful meadow of grazing horses disturbed by a distant boom. This boom, as it turns out, is a pipeline explosion in a prison about 6 hours away. More of that later.

Then segue to fresh-faced, young copper, Shane Cooper (Ryan Kwanten) and his heavily pregnant wife Alice (Claire van der Boom). This is going to be Shane’s first day on the job after requesting a transfer to the remote small town of Red Hill. Shane and Alice are seeking a fresh start and a quieter new life, and Shane is running from the shame of being shot by a young junkie. Shane’s first problem of the day emerges when he can’t find his gun. No worries. He’s not going to need a gun in the quiet town of Red Hill. Or is he?

Red Hill is the sort of town that’s composed of one main street. A good number of the businesses are boarded up with ‘for sale’ signs in the window. That bad vibe continues when Shane arrives in the rural police station. To say he’s met with hostility is putting it mildly. Old Bill (Steve Bisley), his new boss is humourless, nasty and mean. He makes it clear to Shane what his position will be at the police station, and it’s going to include a great deal of humiliation.

Shane tags along with Old Bill who alternately lectures and interrogates his new police officer. There’s a great scene of a town hall meeting that illustrates the town’s politics. Apparently a few years earlier the government declared the nearby mountain as a nature reserve, and this decision rankles the locals who feel the law has hurt their economy. A timid, middle- aged woman suggests looking outside the town for revenue, and Old Bill incites the hillbilly crowd with a polemic designed to eviscerate any argument and encourage violence with seemingly popular sentiment:

Our forefathers didn’t sacrifice their blood, sweat, and tears so a bunch of wankers could come here and suck fucking pinot.

The tedium of a day full of Old Bill laying down his rules to Shane shifts abruptly when news stations report that a dangerous criminal, Jimmy Conway (Tommy Lewis) has escaped from Western Bay Prison and may be headed back to Red Hill. Years earlier, Conway was convicted of murdering his wife and attempting to murder a Red Hill police officer. Old Bill rounds up a posse of unsavoury characters, and Shane, the new man on the block is assigned to watch one of the roads that leads into town…. 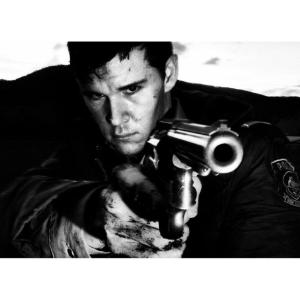 Red Hill is a crime film, but it rapidly morphs into a western revenge flick–the lone silent killer, the frontier town layout, the townspeople locked into a conspiracy of prejudice, past guilt and self-righteousness–all the elements of the western are here updated to rural Australia. Aborigine Jimmy Conway, who wears a long duster-clad, sports a bandolier and carries a deadly boomerang, is convincing as the silent, merciless revenge seeker. Once he arrives in town, all hell busts loose….

Shane, and it can’t be any coincidence that the main character is named after one of the greatest heroes in the history of Western cinema, is dropped right into the middle of a mess that he can’t understand.

The early scenes between Shane and Old Bill show Shane suffering humiliation after humiliation while Old Bill makes it clear that he wants a copper who’ll take orders without question. At one point, Old Bill grills Shane about the transfer, and it’s the first time we see Shane dig his heels in over the issue of whether or not the young junkie who shot Shane needed help. Old Bill severely underestimates Shane–if he’d watched the original Shane, he’s know that this character is a former gunfighter. Old Bill, evil old sod that he is, equates being good with being weak–a big mistake.

Red Hill is completely over-the-top at times, but that made me love this film even more.